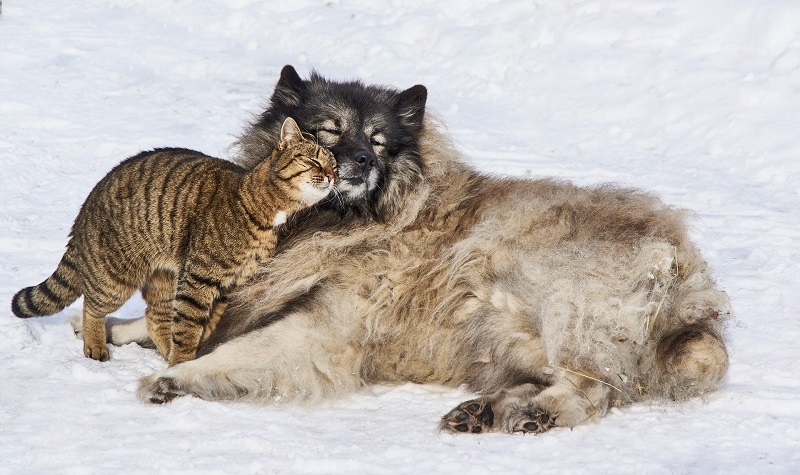 The problems that animals face can be a direct result of lifestyle choices made by not only the pet but primarily the pet owners. A lack of physical activity and a diet of “cheap” pet food plays a significant role in the increasing number of dementia cases in cats and dogs.

“We see an increase in pet obesity,” says Professor Dr. Holger Volk, a leading veterinary scientist at the Royal Veterinary College, “Just as we see health problems among people who are less active so we see the same problems with their pets eating more and getting less exercise and this may lead to an increase in dementia.” With the growing issues, it may be difficult for pet owners to detect the decline of their beloved pet’s health.

How can you detect dementia in your loyal companion?

Other signs of dementia in pets include failure to respond to commands and difficulty hearing, inability to recognize familiar people, and difficulty navigating the environment.
There are three main contributors to the changes in an aging brain that cause a gradual impairment in cognitive functioning: oxidative stress from free radical damage, the formation of lesions on the brain, and alterations in oxygen and energy availability.

The brain is thought to be more sensitive to the effects of oxidation than other tissues of the body. The damage to your dog’s brain caused by oxidative stress can cause a decrease in cognition as well as degenerative nerve disease similar to, for example, Alzheimer’s disease in humans.

It is critical to monitor changes within your pet, as well as get the proper attention from an experienced vet. Dementia can accelerate at differing rates and cause different amounts of impairment and discomfort to your beloved pets. If you see any of the warning signs or sense something is out of place, it is important to contact Pleasant Valley Pet Clinic and seek immediate attention for your pet.

Font Resize
Contrast
Accessibility by WAH
Call Us Text Us